Col. Craton wrote the letter to Major Wortham who was made captain of Company 2, the Granville Greys. He was commissioned as a major in the 50th Regiment of North Carolina on 15 April 1862, and promoted to lieutenant on 01 December 1862, then to colonel on 10 November 1863. 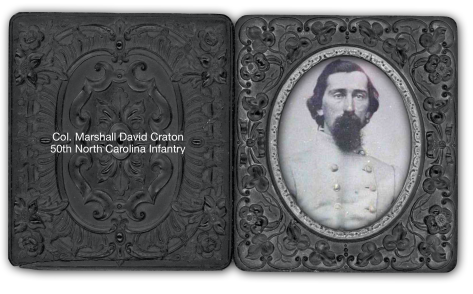 I wish you would send some responsible man—a Lieutenant—over the river and engage all the blankets you can find in the country for our regiment. Get as many as two hundred if you can & we will pay a fair price for them. Four dollars for the best, &c. You ought to save us 25 or 30 good axes for our regiment & if they have to be accounted for, Adams can do so. I sent you back the gun you sent me because it was not the one you gave me. Send up your morning report twice a week & account for all the sick you send him as “present—sick.” [    ] can’t make out the right report from yours—only those that are absent in hospitals at Petersburg or somewhere else besides here in camp should be marked “absent sick.”

No news. We will commence our winter quarters next week. I presume you will get orders to build where you are. I send you some commissions for officers & you will please collect 2 on each one before giving them out as I am responsible & send me the amt. 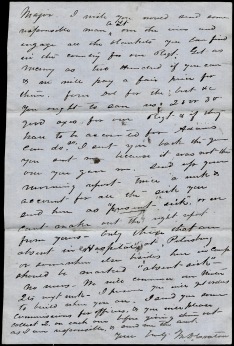 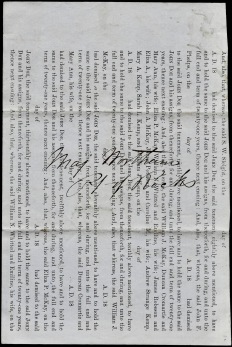